We know that Samsung of Korea and Apple of US is in the climax of its competition regarding the latest gadgets we love to have. iPhone was launced last January 2007 then releases to the market last June 2007. 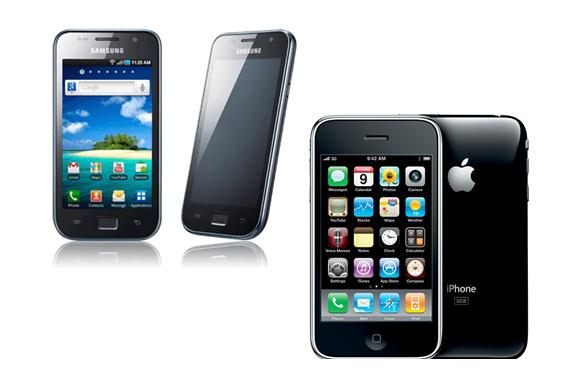 According to Harold McElhinny, Apple’s attorney, Samsung was having a “crisis of design” during that time and so Korea wanted to take advantage of the victory of this launched device, the iPhone.

The patent issues began when Samsung Galaxy phones were released last 2010 when Steve Jobs started to contact Samsung over his concerns that Galaxy phones copied the iPhone then On April 2011, Apple Inc. filed a patent infringement lawsuit and so Samsung Electronics Co. did. Of course, the lawyers of the Samsung appealed that they didn’t copy the look and feel of the iPhone but the Apple infringed on Samsung’s wireless technology. The judges said that Samsung violated Apple’s technology that a screen bounces back when a user scrolls to an end image.

Apple sought $2.5 billion to $2.75 billion for its claims that Samsung infringed four design patents and three softwares in copying the iPhone and iPad and so Samsung fired back $421 million in claims that Apple infringed five patents.

After the long courts that had been taken, last August 24, 2012 the jury was largely favorable to Apple and so they ordered Samsung to pay Apple $1.05 billion meaning, Apple won’t be paying anything to Samsung.

This entry was posted in Technology and tagged Apple Inc. filed a patent infringement lawsuit, Apple Lawsuit Against Samsung, Samsung of Korea and Apple of US, Samsung to pay Apple $1.05 billion for infringement to Apple, Samsung violated Apple’s technology. Bookmark the permalink.

10 responses to “Apple Lawsuit Against Samsung”