A visit at Tondo General Hospital

Last Sunday, my husband and I visited his uncle who was confined at Tondo General hospital in Manila. The patient suffered from headache and severe pain in his head resulting to dizziness, vision problem and loss of appetite.He was confined for over a month now and the doctor recommended him to look for oncologist and neurologist. Good thing that he is a little better now but still he needs to consult for the specialist that the doctor advise.

Every time I go to the hospital I love taking pictures along the hallway. 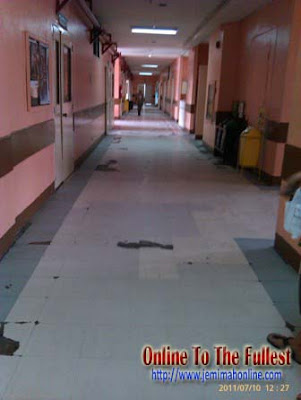 While walking along the hallway, I noticed their cute pediatrics ward so I also took a photo of it. 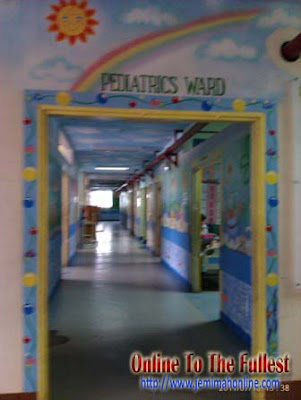 If you will be going to Tondo General hospital be sure not on rainy days because there is a slight build up of floods outside the hospital. Thank God that our private vehicle went through without a problem and the rain diminished at that time.