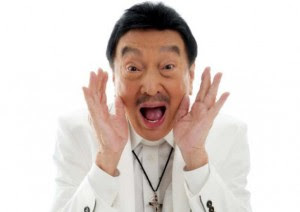 Dolphy’s first show was “Dugo at Bayan” in the year 1946 but the show “Sa Isang Sulyap Mo Tita” began his humour roles together with PanchoMagalona that they both played as a Philippine Navy where they would want to escape in the field. This movie made him to have a big break in making more comedy films. END_OF_DOCUMENT_TOKEN_TO_BE_REPLACED

Posted in News and Entertainment