A few days ago, my family and I went to Palawan to experience the Puerto Prinsesa Underground River that won in the new seven wonders of the world. It is  located about 50 km north of the city of Puerto Princesa, Palawan,Philippines. It is prominent with its limestone karst mountain landscape with an 8.2 km. navigable underground river which is reputed as the world’s longest. 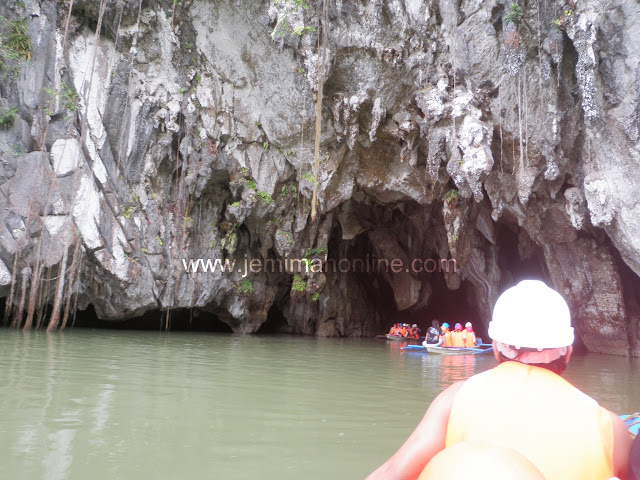 The photo above is the actual shot when we are about to enter the underground river. We were 12 on the boat including the boat paddler that were approved by them because two of us are young children (three-year old toddler and six-year old child). The feeling of excitement turns into somewhat scary the moment that we enter the cave.

The river is so calm and inside the cave is very silent. You can only hear the sound of the droplets of water from the top of the cave, the hum of the little flying birds inside and the voice of the boat paddler.  He professionally paddle the boat and tell something about the rock formations and a little history about the subterranean river. It was so dim that you can only see with the use of  a  flashlight place in front of the boat that is being handed by the person seated in  front. 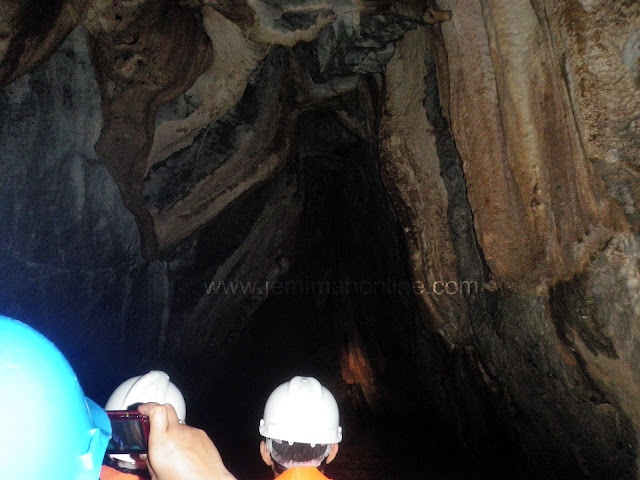 Inside the underground river, there are major formations of stalactites and stalagmites, and several large chambers. Using our imagination, our tour guide who is the boat paddler tells what a formation looks like. It was indeed very similar to the persons or objects that he had mentioned. We saw a formation of the Holy family, Three kings, Virgin Mary, Angel, Pegasus, face of Jesus, big fish, sexy woman, different vegetables and many to mention. A clear lagoon is framed by ancient trees growing right to the water’s edge at the mouth of the river. The left side shown in the picture is said to be the West Philippine sea. 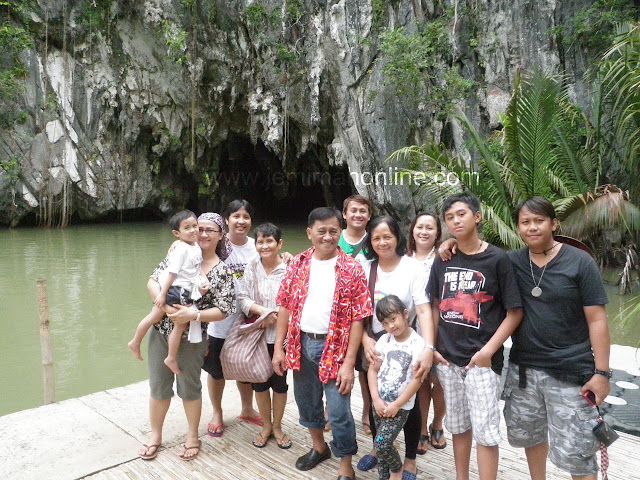 Hooray! We made it! What a great experience in a lifetime. My mom is so nervous and just wanted not to go but we are all happy that she had overcome her fears. And the kids they made it too!

I highly recommend this unique adventure. It’s truly more fun in the Philippines and happier when you travel with your family.